Clinical Neuro-Science projects (CNSp) acts as a platform and connects to professionals in the field if there is a need for specific expertise to fulfill the requirements of a project CNSp is working on. However, some of the professionals who act as key figures in the organization are listed here. 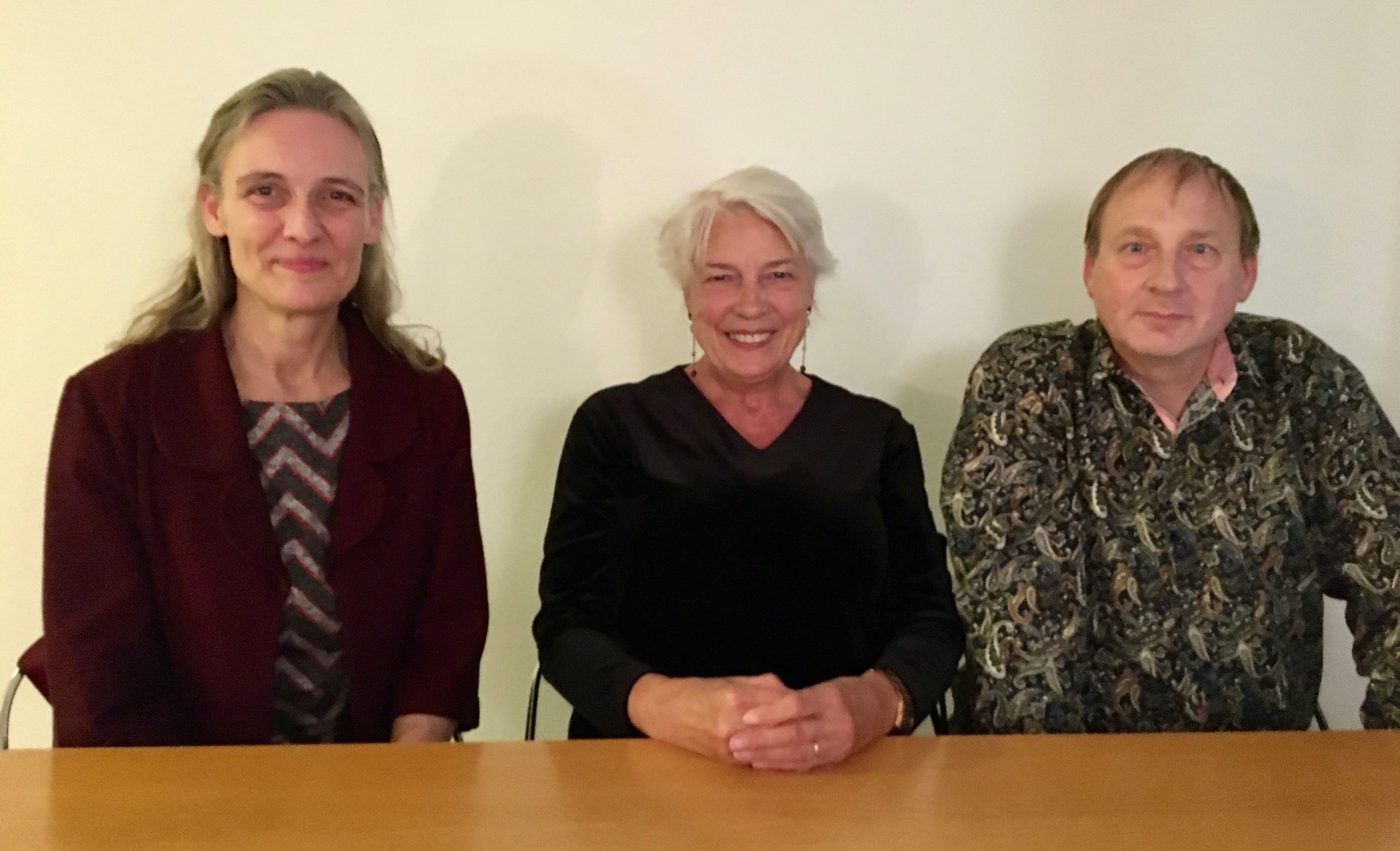 Dr. Pauly P.W. Ossenblok received her MSc. degree in experimental physics (major in medical physics) in 1986 and acquired her PhD in experimental physics (visual system analysis) in 1992 at the Netherlands Ophthalmic Research Institute (currently Netherlands Institute of Neuroscience or NIN) in Amsterdam. Since then she is working as a medical physicist, focusing on Research & Development of brain imaging techniques and the application of these techniques for patient studies, mainly in epilepsy.

She is the driving force behind CNSp, with as main goal to bridge the gap between brain imaging developments and daily clinical applications in order to improve minimally invasive treatment of patients with brain diseases.

Mr. Michelle van de Scheur received her MSc. of law in 2001 at the University of Leiden. After finishing her studies she worked at the Immigration and naturalization organization and at the Ministry of Social Affairs and Employment. Currently, she is employed as a Judicial coordinator for the Raad voor Rechtsbijstand (Legal Aid), specialized in the field of asylum.

Michelle acts as secretary in the board of directors and handles the legal issues of CNSp.

Within CNSp, Ronald is treasurer and has control over the incoming and outgoing cash flow of the Foundation.

Dr. Stephan Meesters received his Master’s degree in Biomedical Engineering in 2013 at the Biomedical Image Analysis group of the Eindhoven University of Technology. In 2018 he received his PhD at the Centre for Analysis, Scientific computing and Applications group, part of the department of Mathematics & Computer Science (CASA) at Eindhoven University of Technology, in close collaboration with the Academic Center for Epileptology Kempenhaeghe.
Currently he is as post-doc involved in the introduction of new imaging techniques in the clinical workflow for treating patients that require brain tumor surgery.

Within CNSp, Stephan uses his expertise to further develop the multi-modality imaging software packages (MIND and DENS) in order to meet the requirements for daily and easy clinical use of the software.

Dr. A.J. Colon received his MD in Neurology and in Clinical Neurophysiology in 2000 in The Netherlands and acquired his PhD in medicine (MEG and MRI in diagnosing epilepsy) in 2017 in Gent, Belgium. Albert is specialized in epilepsy, mainly in presurgical analysis. He is in the Netherlands one of the initiators of performing SEEG (stereo-EEG, multiple depth electrodes to intra-cerebrally analyze epilepsy and brain functions) and of RadioFrequent Thermocoagulation for epilepsy.

Albert was responsible for the Epilepsy Monitoring Unit of the Academic Center of Epileptology, Kempenhaeghe, during the development of the multi-modal imaging and the depth electrode analyses software (MIND and DENS). He is continuously willing to use his expertise to support the development of the software in the direction of easy clinical use for minimally invasive treatment of epilepsy.

Menno Noorlander is a business developer and entrepreneur who’s knowledge was crafted in the clinical and neuroscience setting. He is also the founder of the valorization and guidance company NexusNorth, and the Neurological diagnostic devices company NeuroStim.

Menno utilizes his entrepreneurial spirit and extensive commercial background for setting up business and distribution channels while also being in charge of the global sales and marketing portfolio of CNSp.

This website uses cookies to improve your experience while you navigate through the website. Out of these cookies, the cookies that are categorized as necessary are stored on your browser as they are essential for the working of basic functionalities of the website. We also use third-party cookies that help us analyze and understand how you use this website. These cookies will be stored in your browser only with your consent. You also have the option to opt-out of these cookies. But opting out of some of these cookies may have an effect on your browsing experience.
Necessary Always Enabled
Necessary cookies are absolutely essential for the website to function properly. This category only includes cookies that ensures basic functionalities and security features of the website. These cookies do not store any personal information.
Non-necessary
Any cookies that may not be particularly necessary for the website to function and is used specifically to collect user personal data via analytics, ads, other embedded contents are termed as non-necessary cookies. It is mandatory to procure user consent prior to running these cookies on your website.
SAVE & ACCEPT